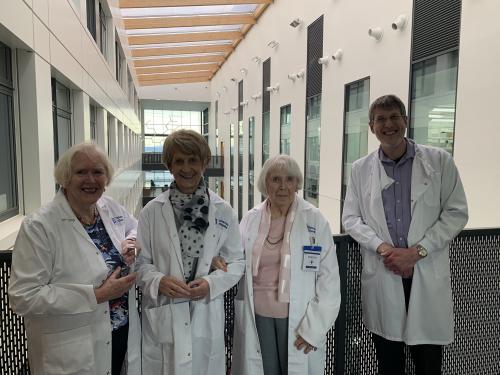 Moira Cardosi, Barbara Lynch and Liz Haughey visited the MRC Protein Phosphorylation and Ubiquitylation Unit to meet with Director Professor Dario Alessi and other members of the team to hear about our exciting research into Parkinson’s disease. They also presented us with a cheque in excess of £3,000 – funds that Moira Cardosi had raised during the 2019 Kiltwalk in memory of Mrs Lynch’s late husband who had suffered from the condition. During a tour of the MRC PPU laboratory our visitors also gained a first-hand impression of our work and why we believe that better understanding the causes of Parkinson’s disease will eventually lead to finding a cure.