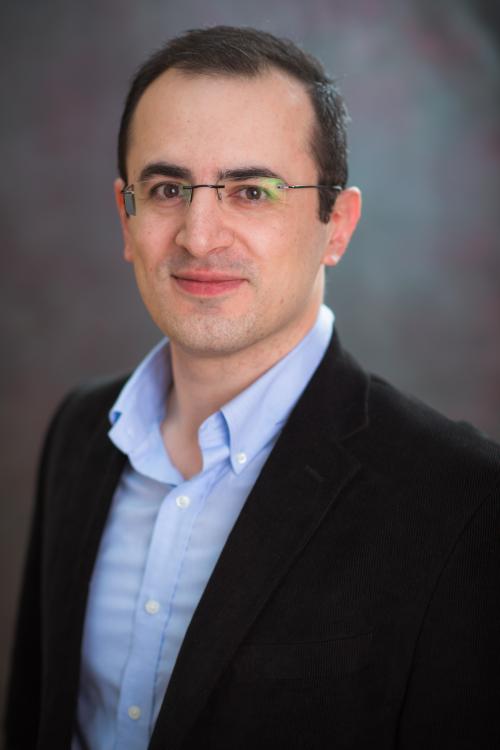 Ayaz worked as PhD student in Dario Alessi’s laboratory from 2008 to 2013, where he worked on the cancer-related PI3K and LKB1 signaling pathways. He characterized the first specific PDK1 inhibitor GSK2334470 and showed that cell membrane colocalization of Akt and PDK1 makes Akt insensitive to PDK1 inhibitors. He also showed that mTOR activity contributes to the activation of Akt by PDK1, helping to revise the mechanistic model of Akt activation. Using phospho-proteomics, Ayaz identified KIAA0802 as a novel substrate of the LKB1-MARK signaling pathway. Together with his brother, he also developed a bioinformatics software for interaction proteomics data analysis and won the Innovator of the Year 2012 Award.

After joining Junying Yuan for his postdoctoral studies at Harvard Medical School, Ayaz started to work on the signaling mechanisms of a programmed necrosis pathway called necroptosis, which is mediated by the RIPK1-RIPK3-MLKL pathway. Ayaz found that the kinase responsible for initiation necroptosis, RIPK1, has a scaffold role in mediating cellular glucose sensing to the AMPK-TSC2-mTORC1 pathway and ensuring cellular ability to respond to energetic stress through lysosomal homeostasis. He also found that the oncogenic TAM kinases are critical for necroptosis execution at the MLKL tetramerization step and that TAM kinases are required for systemic inflammatory response syndrome mediated by necroptosis. Finally, in collaboration with Cyril Benes, Ayaz showed that a vast majority of cancer cell lines are fully resistant to necroptosis (83% out of 941 analyzed) and that this resistance is acquired during tumorigenesis primarily via loss of RIPK3 expression. He also found that escape from necroptosis is a pan-cancer phenomenon driven by oncogenic mutations such as those of BRAF and AXL kinases. These findings suggested that escape from necroptosis could be a hallmark of cancer.

Starting in June, Ayaz will continue his career as an Assistant Professor in UT Southwestern Medical Center in Dallas, where he will pursue his interests in understanding the role of necroptosis in anti-tumor immunity and cancer, and how the immunogenicity of necroptosis can be harnessed to enhance cancer immunotherapies.