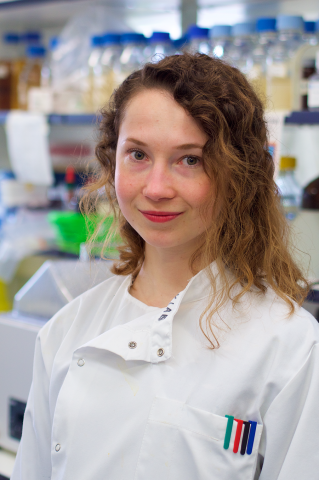 I graduated in July 2015 with a first class honours BSc and MSc degree in Microbiology from the University of Wroclaw, Poland. During my master’s course I did an internship project in the lab of Professor Michel Ghislain at the Université Catholique de Louvain in Belgium, working on novel yeast protein involved in ubiquitin-dependent protein degradation. I sought to gain further experience in the field of ubiquitylation and applied to study in Yogesh Kulathu’s lab as part of my Erasmus programme. In 2016 I began a PhD project in Yogesh’s lab to investigate the role of the ubiquitin system in T-lymphocyte function.