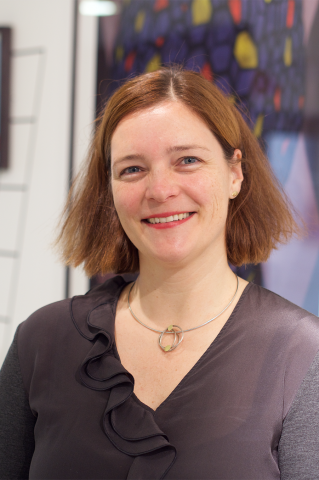 Dr. Esther Sammler is a consultant neurologist at Ninewells Hospital and Honorary Senior Clinical Lecturer at the University of Dundee.

I graduated from medical school at the Ludwig Maximilian’s University in Munich (LMU) in Germany and was awarded a Doctorate of Medicine (Dr. med.) for research into the gut immune response to H. pylori in children. I gained valuable clinical experience in London - UK, Toronto - Canada, Wexford – Ireland and Munich before eventually embarking on a career in neurology under Professor Werner Hacke at the University of Heidelberg in Germany. During my time in Heidelberg, I spend time in Professor Hannah Monyer’s laboratory working on the generation of a mouse model studying electrical synapses in the brain.

After moving to Scotland and obtaining MRCP (Edinburgh) membership, I was accepted into the Scottish Neurology training programme in 2008. I was then awarded a Wellcome Trust Clinical PhD fellowship and completed my PhD under the supervision of Professor Dario Alessi FRS FRSE on the  “Signalling pathway of the E3 ubiquitin ligase subunit FBXO7 and its role in hereditary Parkinsonism” (2010-2014). From 2014 to 2016 I was appointed to a SCREDS lectureship enabling me to finish my neurology training while continuing to work in the MRC Protein Phosphorylation Unit as a postdoctoral researcher.

I was appointed Consultant Neurologist in 2016. My specialist clinical interests are movement disorders, in particular Parkinson’s disease and related Parkinsonian syndromes as well as neurogenetics. I chair the Tayside Parkinson’s forum. I am a member of the Neurogenetics Advisory Group of the Association of British Neurologists (ABN). I have teaching responsibilities for undergraduate neurology  (third year MBChB medicine course).

With regards to my current research I continue to work with Professor Dario Alessi At the MRC Protein Phosphorylation Unit (MRC PPU). In 2016, I was awarded an AHSP Clinical fellowship with the aim to establish a translational link between the clinical movement disorder service at Ninewells Hospital and the basic research programme at the MRC PPU. My main focus is setting up and validating a quantitative assay to determine LRRK2 activity in human peripheral blood neutrophils, based on the ability of LRRK2 to phosphorylate Rab GTPases.

I have received supported from the Wellcome Trust, the Academy of Medical Sciences (Starter Grant for Clinical Lecturers and SUSTAIN fellowship), the Anonymous and Tenovus trusts