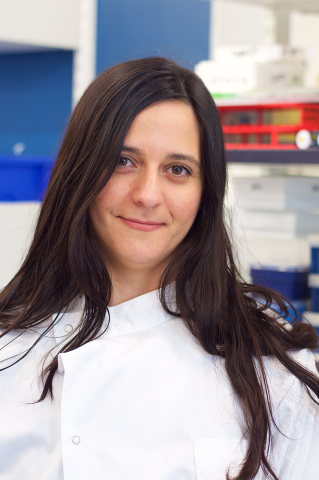 I joined Miratul Muqit's lab in July 2017 to investigate PINK1 activation and regulation in neurons and in vivo models of  Parkinson's disease.

I  hold a degree in Medical Biotechnology from the University of Turin. My thesis studies, performed  under the mentorship of Prof. Innocenzo Rainero, focused on the role of metabolism and the effect of insulin-sensitizing drugs in a transgenic mouse model of Alzheimer disease (APP/PS1). After my degree, I pursued my interest in understanding the role of insulin resistance in Alzheimer related dementias, and moved to Dr. Laura Gasparini's lab (Italian Institute of Technology, Genoa) and  collaborated on a project aimed at investigating the action of metformin  in a relevant transgenic mouse of tauopathy (P301S-tau). I have further developed my skills by leading a research project aimed at developing gene therapy strategies to degrade toxic aggregates of α-synuclein at San Raffaele Scientific Institute in Milan. This involved microglia reconstitution through transplantation of hematopoietic stem cells (HSC) into (A53T) α-synuclein  overexpressing mice, as a potential therapeutic approach for Parkinson's disease.