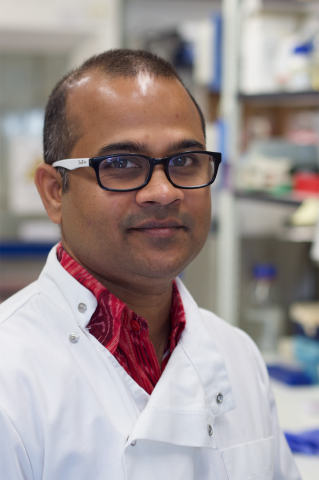 I joined the lab in March, 2008 as an MRC-funded postdoctoral researcher and have been working on the role of ABIN proteins in the innate immune signalling pathway leading to production of inflammatory cytokines. I discovered a key role for ABIN1 in preventing the development of autoimmune disease, which has recently been published (J.Exp.Med. 208, 1215-1228).

I received a Batchelor's degree in Veterinary Medicine in India before coming to the UK where I obtained my PhD in Molecular Biology from the Institute for Animal Health, Pirbright Laboratory, UK, working under the supervision of. Michael Baron. There I investigated the mechanism by which rinderpest virus (a close relative of measles virus) evades the host antiviral system, with emphasis on the antiviral effects induced by interferon.