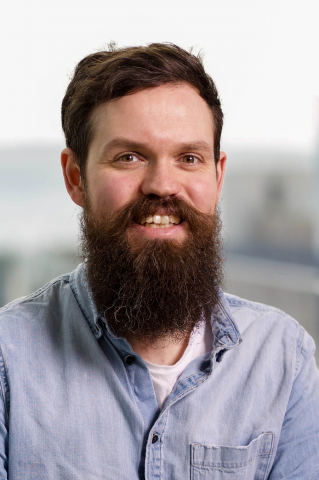 Greg was born and raised only a few miles from the University of Dundee, where he started his scientific career as an undergraduate, receiving a BSc (Hons) in Biochemistry in 2001. He performed PhD research in London at the Institute of Cancer Research, working with Richard Lamb to investigate novel mechanisms of mTOR pathway regulation. In 2007, Greg moved to Toronto to work with Tony Pawson at the Lunenfeld-Tannenbaum Research Institute, where he investigated the role of modular domain-based interactions in controlling Embryonic Stem Cell identity.

Greg obtained his PhD at the Institute of Cancer Research, London, working with Richard Lamb to investigate novel components of the mTOR pathway. He then moved to the lab of Tony Pawson FRS at the Lunenfeld-Tanenbaum Research Institute, Toronto, where he used synthetic approaches to understand how modular protein complexes regulate ES cell biology. Greg established his research group in the MRC Protein Phosphorylation & Ubiquitylation Unit at the University of Dundee in 2014, and received an MRC New Investigator award in 2015. In 2018, he was awarded a Sir Henry Dale Fellowship from the Wellcome Trust/Royal Society and promoted to Senior Lecturer.