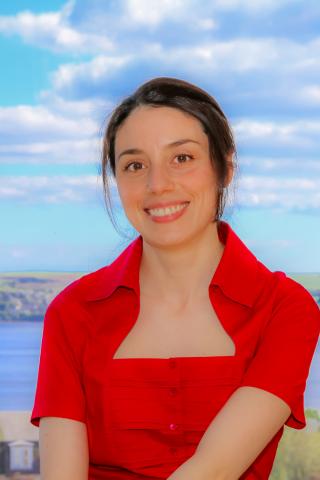 Virginia was born in Rome, Italy. She became fascinated about ubiquitin biology while working on her Master thesis on the role of the COP9 signalosome in lipid metabolism and transition metal uptake in Saccharomyces cerevisiae. She obtained her Bachelor’s and Master’s degree in Biotechnology with honours from La Sapienza, University of Rome in 2011. After her Master degree, she moved to industry with a PhD program based at Novartis Vaccines (now GSK Vaccines, Siena, Italy). During her PhD, she gained relevant expertise in Mass Spectrometry (MS), with a particular focus on targeted MS approaches applied to the quantification of vaccine candidates in Staphylococcus aureus. In 2015 Virginia moved to Dundee to join the MRC Protein Phosphorylation and Ubiquitylation Unit. She first joined the Mass Spectrometry group of Matthias Trost to develop new MALDI-TOF MS based strategies to investigate the ubiquitin pathway. She next moved to Satpal Virdee’s and Paul Davies’ groups. During her post-doctoral period, she has worked and collaborated on a variety of both academic and industrial projects. She started her own research group at the MRC-PPU in 2021 to investigate and develop MS tools for studying non-canonical ubiquitylation.