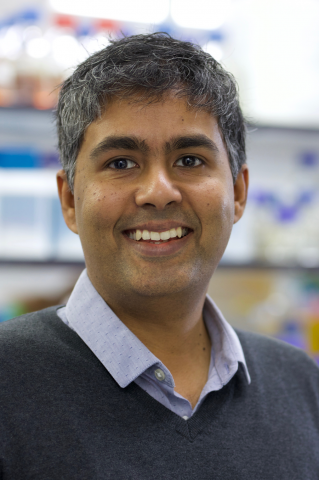 Yogesh graduated with a Bachelor’s degree in Chemical Engineering in 2000 from Birla Institute of Technology and Science (BITS), Pilani, India. An elective course on recombinant DNA technology that he took during his engineering sparked his interest in molecular biology. This prompted him to stay on at BITS, Pilani to do a Masters degree in Biotechnology. He then went on to do a PhD in Immunology under the guidance of Prof. Michael Reth at the Max Planck Institute of Immunobiology and University of Freiburg in Germany, where he worked on B cell antigen receptor signalling and protein tyrosine kinase regulation. To apply structural biology methods to study cell signalling, Yogesh moved to Cambridge in 2009 to work with Dr. David Komander at the MRC Laboratory of Molecular Biology. He was awarded a Marie Curie Intra-European Fellowship and an EMBO Long term fellowship to work on the structural basis driving linkage specificity in ubiquitin binding domains and in the ovarian tumour (OTU) family of deubiquitinases.

In February 2013, Yogesh relocated to the MRC PPU to establish his research program, focussing on ubiquitin signalling mechanisms. In 2015 Yogesh received a prestigious ERC Starting Grant, and was selected as a member of the EMBO Young Investigator Programme.

Yogesh is a recipient of the Lister Prize from the Lister Institute of Preventive Medicine.