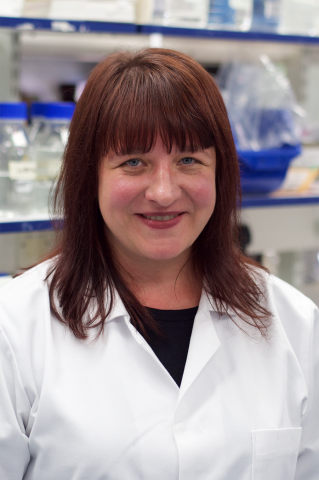 I graduated from The University of Dundee with a BSc Hons in Pharmacology. I joined the DSTT in 2001 and have gained experience in many of the groups within the DSTT. I started in the Kinase Profiling Service (High throughput screening), moving on into E.Coli Protein Expression for 2 years, using affinity chromatography techniques to purify proteins using E. coli cells. In 2004, I moved into the Antibody Production Group and managed this group until 2010. I have experience purifying antibodies using affinity column chromatography and analysis of antibodies using Dot and Western Blotting techniques. I have since moved into the Assay Development Group. My main responsibilities include assaying all outgoing products to make sure they are of a high standard. I also cleave proteins, re-purify proteins using FPLC column chromatography, perform IC50’s and EC50’s for specific projects, and perform activations and re-purifications on proteins to ensure the highest standard of product.