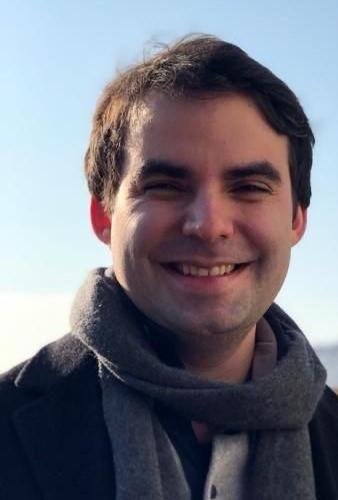 We are delighted to announce that Kirby Swatek will open an independent research laboratory in the MRC PPU at the beginning of 2022.  He will take up a core funded MRC Investigator position to investigate the role played by the ubiquitin-like protein ISG15 in key immune responses that protect cells from invading viruses.

Kirby is originally from St. Louis, Missouri, USA. In 2007, he graduated with a BS (Hons) in Biochemistry from the University of Missouri and completed his PhD in the same institute under the guidance of Jay Thelen in 2013. His PhD research focused on studying phosphorylation networks of Arabidopsis seed development. Kirby next joined the laboratory of MRC-PPU Alumnus David Komander, at the MRC Laboratory of Molecular Biology in Cambridge, UK. Here he developed elegant mass spectrometry-based approaches to dissect the architecture of polyubiquitin chains, providing novel insights into how these complex signals function in cells. In 2018, he joined Brenda Schulman's Department at the Max Planck Institute of Biochemistry in Munich, Germany, to pursue his interests in structural biology of multiprotein complexes in the ubiquitin and ubiquitin-like protein systems.

Kirby stated, “It is a tremendous honour to start my research group in the MRC PPU at the University of Dundee. I am thrilled to join such a talented community of scientists with a unified goal to understand signalling pathways in health and disease. I could not have envisioned a better environment to establish my research programme focused on understanding the roles of the ubiquitin-like protein ISG15 in antiviral signalling. I look forward to making many exciting discoveries at the MRC PPU on how ISG15 protects cells from invading pathogens.”

Dario Alessi, MRC PPU Director stated, “I am extremely excited about Kirby opening a laboratory within the MRC PPU. Kirby has worked with leading researchers in the cell signalling and ubiquitylation field. He has performed transformative research exploiting state of the art approaches such as advanced mass spectrometry and X-ray/Cryo-EM structural analysis, that have significantly advanced our understanding and ability to study the ubiquitylation system. He proposes a hugely exciting research programme that synergises with so much other on-going research within the MRC PPU”.

Kirby is also advertising for Postdoctoral as well as graduate researchers. Click links to learn more and apply for these positions.