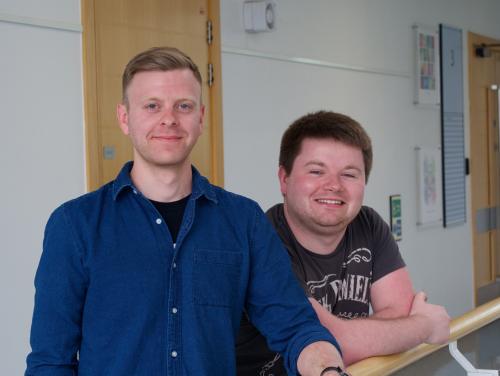 Being able to selectively and rapidly degrade target proteins in cells is desirable in research and therapeutics. This would overcome the limitations of traditional approaches, such as CRISPR/Cas9-mediated gene knockouts, which are irreversible and often not feasible for many essential proteins, and RNA interference, which necessitates prolonged treatments, can lead to incomplete knockdowns and is often associated with off-target effects.

The Sapkota lab has engineered an Affinity-directed PROtein Missile (AdPROM) system for an efficient and rapid degradation of endogenous target proteins in many cells. The AdPROM system combines the Cullin2 E3 ligase machinery with high-affinity polypeptide binders, such as camelid nanobodies, of specific target proteins, to selectively recruit the target proteins for ubiquitin-mediated proteasomal degradation.

The findings published in Open Biology describe the selective degradation of two proteins, namely SHP2 and ASC, through AdPROM.

The work was spearheaded by two PhD students in the Sapkota lab, Luke Fulcher and Luke Hutchinson. Thomas Macartney from our cloning team at the Division of Signal Transduction Therapy was instrumental in designing and delivering all the AdPROM constructs. Craig Turnbull, a Dundee undergraduate student, also contributed.

Gopal Sapkota said, “This is an extremely exciting technology that has far reaching applications and implications for research and drug discovery. The AdPROM technology is quite simple to assemble and versatile for use in any cell. Basically, it requires an affinity probe that selectively recognizes the endogenous target protein of choice. With rapid advances in camelid nanobody and synthetic polypeptide technologies, it won’t be too long before we have access to affinity probes against pretty much any target protein.”

Professor Dario Alessi, the director of the MRC Protein Phosphorylation Unit, said, “This is very exciting new technology that will enable researchers to better understand the biological roles of proteins in cells. It has great potential to enable scientists to test ideas to generate improved drugs.”

If you think the AdPROM methodology helps your studies, please contact g.sapkota@dundee.ac.uk for reagents and advice.