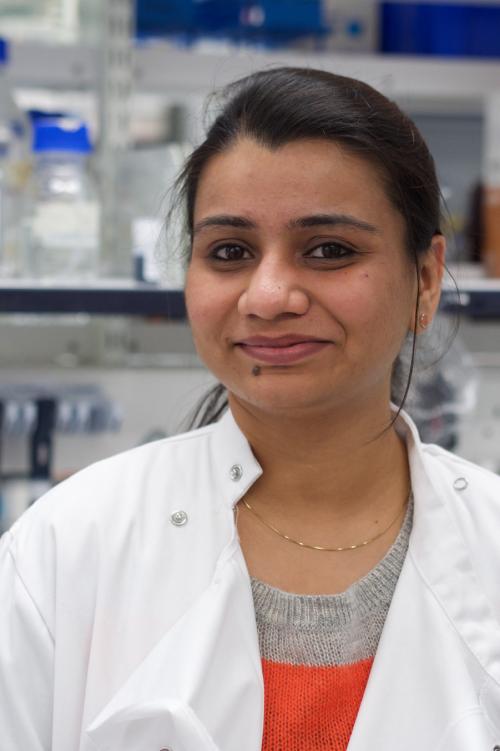 Taran Khanam, an MRC-funded post-doctoral researcher in John Rouse’s lab in the MRC Protein Phosphorylation and Ubiquitylation Unit, has been awarded the prize for the best flash talk given at the International Joint Course on Post Transcriptional Gene Regulation and Genome Instability. The conference, which took place virtually between 12th and 20th of April 2021, was organized by researchers at the Institut Curie, Paris. Taran presented her recent work, carried out in close collaboration with another postdoctoral researcher Ivan Muñoz in the Rouse team, on the cellular roles of CDKL5, a poorly characterized kinase mutated in a disease called CDD (CDKL5 deficiency disorder). CDD is characterized by repetitive, refractory seizures, epileptic encephalopathy and severe neurodevelopmental defects. More recently, it has become apparent that CDKL5 mutations are the most common cause of childhood epilepsies, but as very little known about the substrates or cellular roles of CDKL5, research on CDKL5 is critical for developing new treatments. Taran’s work revealed that CDKL5 is a DNA damage-responsive kinase which controls transcriptional responses to DNA damage. These findings have major implications for understanding how cells cope with damaged DNA, and CDKL5-associated diseases. Taran’s prize was accompanied by an award of 400 euros, to be used for participation to scientific meetings in 2021 or 2022.