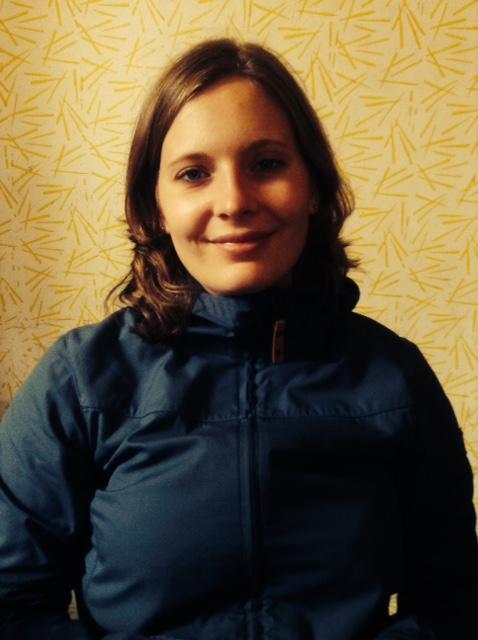 Lina Herhaus from the Sapkota lab shows that phosphorylation sends the deubiquitylase OTUB1 to the nucleus
The deubiquitylase OTUB1 is ubiquitously expressed and is known to impact key cellular processes, from TGFÃ_Â_ and p53 signalling to DNA damage repair, by targeting a multitude of substrates both in the cytoplasm and nucleus. Until now it was not known how OTUB1 navigated around the subcellular compartments.

OTUB1 is known to be involved in the repair of double stranded DNA damage. Together with Ana Perez-Oliva, Lina was able to show that mutating the CK2 phosphorylation site on OTUB1 or pharmacologically inhibiting CK2 impaired DNA repair in cells exposed to ionizing radiation, which causes double stranded DNA damage. Inability of cells to repair DNA damage causes genomic instability, which can lead to cell death or cancer. As ionizing radiation is used therapeutically to kill cancer cells, these findings may potentially be exploited to sensitize cancer cells to ionizing radiation.

These findings are now published in Science Signaling. There is an editor's summary of the paper here.

Robert Gourlay, Simone Weidlich and David Campbell from the MRC-PPU and collaborators Giorgio Cozza and Lorenzo Pinna from University of Padova (Italy) also contributed to this study.

Lina successfully defended her PhD thesis on 15th October 2014 and was awarded an EMBO fellowship to undertake postdoctoral research in Prof. Ivan Dikic's laboratory in Frankfurt (Germany), where she is currently investigating the role of ubiquitylation on tumor-stroma crosstalk.
Wed 15th Apr 2015