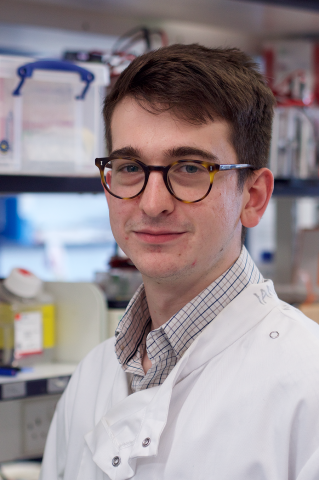 I joined Philip Cohen’s lab in 2019 as an MRC-funded doctoral student to dissect a recently identified innate immune pathway that operates in the cytosol of mammalian cells. It is activated by a metabolite released into the supernatant of dividing Gram negative bacteria.

Previously I completed an undergraduate degree in Biochemistry at Imperial College London, where I developed a keen interest in both the innate immune system and how bacterial metabolic products influence the host in the context of gut microbiota. This was through working on separate summer research projects, most notably with Professor Kurt Drickamer and Dr Lesley Hoyles. It was therefore obvious to come to Dundee to join Philip Cohen's research group and study the first example of a bacterial metabolic product that activates the mammalian innate immune system.